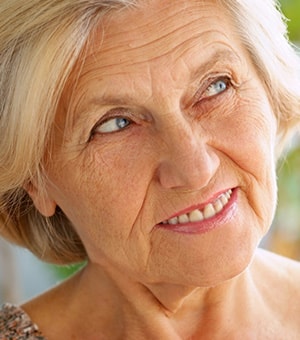 Cataracts are the most common cause of blindness and are responsible for more than 50% of the world’s blind population, around 20 million people.

Whilst this is a fact, many of these cases could be avoided through a straightforward surgical procedure.

Although their onset can happen at any age, cataracts commonly occur as we get older, as part of the natural ageing process. They are particularly prevalent in those aged over 60, most of whom have some degree of visual impairment caused by cataracts.

What is a cataract?

Have a look at your eyes in the mirror. Behind the iris (the coloured part of your eye) and your pupil (the black dot) sits your eye’s crystalline lens. Your lens is responsible for focusing on objects at various distances – in the same way that an auto-focus camera lens is used to take a picture.

As we age, some of the protein starts to clump together. This causes a cloudy, slightly misty area to develop in your lens. This area is called a cataract. There are different types of cataract, depending upon where within the lens the clouding, or opacification, is occurring.

How cataracts affect your vision

The cataract’s presence reduces light reaching the sensitive layers at the back of your eye, where light is sent to your brain to create what you see. These sensitive layers, which are known as the macula (a key point within the retina) are akin to the film or memory card within a camera. The result of an unclear or incomplete image being formed can be cloudy or blurred vision, haloes around light, difficulty seeing bright lights and colours to appear faded, or a slight yellow or brown tinge appearing over everything you look at.

In the early stage of cataracts, you probably won’t notice anything wrong with your eyes or your vision. But, as they start to grow, they will begin to interfere with your vision more and the longer you leave a cataract untreated, the greater the chance there is of you experiencing vision loss and even blindness.  Many patients typically notice difficulty with their vision in reduced lighting, for example when dark at night, prior to having issues when it is brighter, for example through the day.

If you think you have a cataract, the first step is to visit your optician (otherwise known as your optometrist) for an eye test.

Despite being one of the world’s leading causes of blindness, cataracts can be treated. Treatment usually takes the form of a type of surgery in which the natural lens in your eye that has clouded up is replaced with a new synthetic lens (also called an Intraocular Lens or IOL). This will help you to see clearly again.

There are two common forms of IOL, monofocal and multifocal. Monofocal IOLs have one point of focus, typically distance.  After the monofocal procedure, a patient will typically require spectacles for all intermediate and near vision tasks such as reading a newspaper, looking at a mobile phone or tablet, viewing a menu, or using a computer. The alternative form is a multifocal IOL. This second form of IOL facilitates correction of distance, intermediate and near vision, to different extents depending upon the specific model. Multifocal IOLs provide patients with greater spectacle independence and freedom as they reduce dependency on spectacles in comparison to the monofocal form.

Cataract surgery usually takes around 15 minutes to perform and is most commonly carried out under local anaesthetic which means that you’ll be awake during the treatment but that you won’t feel any pain. If you need surgery on both of your eyes, each eye may be treated on separate days.

Patients can leave on the same day as surgery and rest at home. You’ll find that your vision in your treated eye will likely be blurred for a few days before the final result can be seen. Some aftercare consultations in the first few months after treatment, undertaken by your Optometrist or Surgeon, will be recommended.

Cataracts show practically no symptoms during the early stages and can only be detected in a detailed eye examination.

If you are over the age of 50, experts recommend that you get your eyes tested at least once a year in order to catch cataracts early and treat them before they interfere with your life.

Optical Express undertakes many IOL procedures. In addition to being in the hands of experienced Eye Surgeons, each procedure is supported by a skilled Anaesthetist. The Optical Express clinics nationwide have the latest state-of-the-art diagnostic and treatment technologies, to include leading forms of IOL as a result of the partnerships with Johnson & Johnson and Carl Zeiss.

Find out more and book a free consultation with Optical Express by clicking on the following link https://www.opticalexpress.ie/book-a-free-consultation